Chat with us, powered by LiveChat
<Thought Leadership

FROM ALSO-RAN TO LEADER OF THE PACK

As the gaming community gets to grips with the fallout from the pandemic, PETER IVANOV looks back on a momentous year for esports. He considers how the vertical has benefited from the absence of live sports and asks where it is heading next.

It’s fair to say that 2020 won’t be looked back on fondly in years to come. But it hasn’t all been doom and gloom. Rather than a year to forget, the past few months have been considered “great” in some quarters – and that’s especially true when it comes to esports betting. From being the prodigy of the betting industry over the last few years – how many times have we heard about esports’ ever-growing “potential” or it is the “thing” of the new generation? – we came to a point earlier this spring when esports finally made it to the mainstream of the betting world. The spread of the pandemic and the subsequent halting of live sports did esports a huge favor. The result? Playing video games remotely became one of the main sources of entertainment for most, if not all, people. This inevitably led to a spike of interest in esports from the bettors’ points of view.

Sports simulators were seen as the natural replacement for those traditional sporting events that had been stopped dead in their tracks. As such, titles including FIFA, NBA2K, NFL Madden, and F1 registered an absolute boom in terms of betting activity. But this was just the tip of the iceberg, especially for those operators who until early 2020 had little presence in the vertical. Conversely, those who were already settled in the esports betting field had seen unprecedented growth among the top three titles (CS: GO, Dota 2, and League of Legends). Тhe so-called golden trio still dominates the charts, enjoying more than 70% of total esports betting volume.

Teams had to adapt to this changing environment. The top-tier teams might have been used to the attention but all of a sudden, tier-2 and tier-3 teams found themselves under the spotlight too, as they were suddenly much more popular and under pressure to perform.

Tournaments had to change as well because when games are played online there has to be a regional separation due to lag and other connectivity issues. In competitive gaming, even milliseconds make a difference. This has led to the staging of more and more regional tournaments rather than global ones.

Esports, as one of the fastest-growing industries, was definitely in the spotlight on a global scale. This forced the entire ecosystem to mature, pretty much overnight. During these challenging times, the levels of professionalism and structure that esports organizations displayed to the watching world had a profound effect. They actually gave rise to further trust in the vertical.

Due to the pandemic causing a near-total shutdown of live sports events, all operators shifted their interest towards esports. The big winners were those who had an established and reliable product already in place since they were the ones to actually boost their revenue at a time when major players in the industry were losing more than 90% of their turnover.

UltraPlay’s experience over the past few months is a telling one. We have been inundated with requests for esports from companies that have had the vertical in their roadmap for years – but always in the “good to have” rather than “must-have” column. Then mid-March hit, and suddenly integration and product teams were all desperate to have esports products either implemented or upgraded in order to catch up with the trend. Naturally, when dealing with these requests we could also offer our in-depth knowledge and experience of the product. Operators needed the right guidance in this ever-changing world in terms of game mechanics and a fast-developing environment.

Another significant change we made was to increase the pre-match and live markets that players can bet on. This led to the esports betting boom I referred to earlier, as active esports bettors received many more options on which to place their bets, while operators saw a dramatic increase in the lifetime value and retention rates of players.

As the second wave of the virus continues to spread, the sporting calendar once again risks being fragmented. No such problems for esports, though. Its calendar remains rock-solid, with no schedule interruptions and even better options to group teams in a single region. Moreover, all the top teams from around the world can compete in a safe environment.

When it comes to esports and its recent performance, we have to highlight one new, but already powerful, entrant – Valorant. As the newest game title to be added to the esports betting portfolio, it is showing good progress both in audience numbers and betting terms.

Judging by what our in-house trading department has experienced over the last few months of offering odds on Valorant, we can confidently predict that this game can break into the top five most-popular titles for esports betting by the end of 2020. 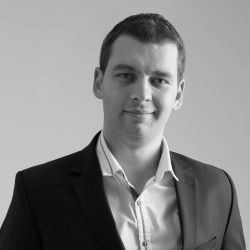 PETER IVANOV is the head of trading at UltraPlay, where he leads the company’s sports and esports team of traders. Peter has solid expertise in setting up and developing the trading department, including pre-match and live trading, odds compilation, and odds movement training. He also manages UltraPlay’s daily trading process.

The article was published in the November/December issue of iGaming Business. You can read it here.

Peter Ivanov: Ultraplay is staying one step ahead of the curve

UltraPlay at the iGB XP Esports and Gambling Podcast

We use cookies to improve your experience, to remember your preferences and to show you offers based on your interests as detailed in our Cookie policy. By continuing to use ultraplay.co, you accept our use of cookies.